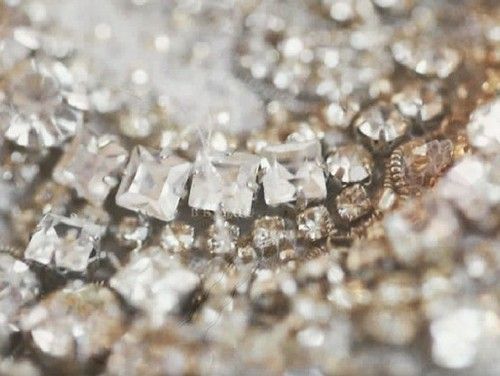 After days of tuning out of the Republican National Convention, (I have no plans to watch the DNC either) it was impossible to remain impervious to the sound bites and memorable moments, especially the moment when Melania Trump conjured Michelle Obama’s DNC speech and tried to make it her own.Most speechwriters would find enough in the Melania Trump historical archives to create quite a moving speech. Her life is not totally devoid of authenticity. What sunk Melania’s ship the night of her speech before millions was the plagiarism, and this speaks of a tendency to farm out arduous tasks to “service” people, which is a big reason that political candidates and their wives can never successfully convince the public that they know what it’s like to survive, paycheck to paycheck, in an ordinary world like an ordinary person.

Several articles on Melania’s young life turn up the same story. Donald Trump’s third wife started life as Melania Knavs and grew up in Communist Yugoslavia, an area divided into Bosnia and Hertzogovnia after a long war between ethnic groups. At the time, her city, Sevnica, was an industrial town, and photos of that area in the Seventies show green hills in the background with run-down, colorless buildings dotting grimy streets. Melania’s mother worked in a textile mill while Melania’s father was a car dealer. They were certainly working class people, but apparently people of some means, moving from their small town to the Slovenian capital where Melania attended high school.

It was a combination of luck and money that propelled Melania into the kind of life the ordinary envy. Melania is an immigrant but not an illegal one. According to reporter Alexander Robertson with the Daily Mail, when asked about her husband’s harsh stand on illegals, she said, “I never would have considered entering without papers.” That’s because she didn’t have to. Someone paid her way to cities across Europe where she fulfilled her dream of a career in fashion and modeling.

After her discovery in Yugoslavia when she was a high school student by photographer Stane Jerko, her path to stardom went into overdrive. Her official biography reveals that she began her modeling career at the age of sixteen. She certainly “went to work” as a pre-teen, but modeling eclipsed her desire to design and create new clothes. Her knowledge of multiple languages certainly helped her advancement, and at the age of 25, Melania, who had by now changed her name to Knauss, moved to New York. Two years later, she became Donald Trump’s wife.

In contrast, First Lady Michelle Obama grew up on the south side of Chicago. We shouldn’t make too much of the word “bungalow” used to in reference to her home in some biographies. It’s clear that multiple children slept in the living room of Michelle’s childhood home, a typical “row” or “tenant” house as one would see in Detroit, Chicago, Buffalo, and other large northern cities.

They were the Robinsons. Her dad, Fraser Robinson, a pump worker at the city waterworks, brought home the only income until Michelle’s mother, Marian, went to work at Spiegel Catalogue as a secretary after raising her own children at home until school age.

Michelle Obama was no slouch in academics, and her own effort in the classroom paved the way to her success. She skipped the second grade, qualified for the gifted program in sixth grade, and attended the first magnet school in Chicago. Before obtaining her doctorate in Juris Prudence from Harvard, she earned a degree in social work, and this interest dominated the direction of her life. She used her law degree to assist the disenfranchised, offering free legal help to minorities, schooling Blacks on their rights under the law.

The current First Lady earned her way through Princeton working at the Carl A. Fields Center for Equality and Understanding (formerly known as the Third World Center).

Michelle Obama did not have to plagiarise her speeches for the simple reason that she did not rely on others to make her path smooth for her. While it is true to say that Melania Knavs Trump had a real life, she quickly gained membership into an elite group to whom hard work is something other people do. Michelle Obama truly, authentically struggled in life, relied solely on her wit, instinct, and compassion to get her academic degrees. Melania fell into her career through a series of lucky discoveries, from the photographer who recruited her as a child to Donald Trump, a quarter century her senior, who married her. Melania, no doubt brilliant, did not attend college, relying on her looks to propel her into the lifestyle she no doubt coveted. Michelle Obama is a distinctive, successful, actualized individual even without her husband in the picture, while Melania Trump used her body and her image to angle for a wealthy husband who wears her like a Rolex on his arm.

And this distinction is what makes the faux pas of Melania Trump’s plagiarized speech all the more disturbing. The Yugoslavian immigrant used the life of a truly authentic fighting spirit to embellish and tastefully furnish her own one-dimensional existence. A staff ghostwriter has come forward to take responsibility for the lifted lines, but Melania’s academic theft only reiterates the Trumps’ need to fill out the narrative of their empty campaign rhetoric reflecting the empty house that results when privilege is all you can give.

On a Mission to Prevent English Teacher Burnout

Scholarship Tigers--Students Helping Each Other Find Money for College

Sometimes the best ideas are associated with a red couch. . .

In which Josh Mauthe reviews books and movies for his own pleasure, and maybe other people's, too...

A Writers Retreat in Cornwall

blogtherapy: yearning for God despite myself

Where the imagination soars on glowing wings! May the words ever flow!

A JOURNAL OF ART + LITERATURE

With the Center for Historic Preservation

Get Your Writing Published: June 13, 2020 in Nashville